Judgment No. 190/2020 of May 28, 2020 handed down by the Common Court of Justice and Arbitration (CCJA) has the advantage of establishing a new exception as to the assessment of immunity from enforcement for state-owned companies.

In this Judgment, the High Court confirmed a decision of the Court of Appeal of Abidjan which noted that a company with a majority held state-owned company incorporated as juristic person under private law is subject to the OHADA Uniform Act on Enforcement. Such a company can hence see its assets be seized, regardless of the presence of the funds the state or of a legal person under public law in the company’s capital.

Based on Judgment, in order to recover a debt from the Société des Transports Abidjanais (SOTRA), the Nouvelle Société Nationale de Restauration (Nouvelle SONAREST) initiated on July 2, 2018, a protective seizure of debts from the State of Côte d’Ivoire.

However, by writ of August 13, 2018, SOTRA challenged this seizure before the enforcement judge of Abidjan-Plateau Court of First Instance. The judge found SOTRA’s action inadmissible; on appeal by SOTRA, the Court of Abidjan rendered, on April 9, 2019, Judgment No. 419 in which it dismissed SOTRA’s claims.

Taking the matter before the CCJA, SOTRA criticized the appeal judgment on grounds of denying the company immunity from enforcement because it was incorporated as a legal entity under private law. Yet, despite SOTRA’s form, it is a company with a majority public shareholding which benefits from the immunity from enforcement provided for by article 30 of the Uniform Act Organizing Simplified Procedures for Debt Recovery and Enforcement. SOTRA gathered from this situation that there was insufficient ground.

For CCJA, the Court of Appeal of Abidjan legally justified its decision since after establishing that SOTRA is a limited company defined and organized by the Uniform Act on Commercial Companies and Economic Interest Groups Law, CCJA considered that by adopting “the tenets of OHADA, SOTRA is a legal entity under private law, therefore an ordinary commercial company and not a company under public law. Therefore in this regard, the presence in its share capital of public funds or a legal entity under public law is immaterial”.  CCJA consequently concluded “that SOTRA is subject to the OHADA Uniform Act on Enforcement and can have its assets seized for enforcement”.

In this context, this new CCJA judgment no longer differentiates joint public-private company from companies majority-held by the State, as opposed to what in Judgment No. 103/2018 of April 26, 2018 underscored.

As a result, the concepts of state-owned companies enjoying immunities from enforcement contained in Judgments 043/2016 and 044/2016 of March 18, 2016 must be reviewed.

All state-owned companies that are majority held or single-handedly held by the state but which, for their operation, have chosen one of the commercial forms in accordance with the Uniform Act on Companies Act, are triable under the OHADA Uniform Act on Enforcement and may have their assets subject to an unrestricted seizure for enforcement. 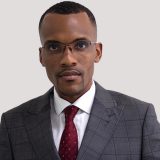