Ms Esther-Rose Lufuta Biduaya has been a lawyer at the Court of Appeal of Kinshasa/Gombe since 30 July 2002. She has nearly twenty years of experience in the practice of Law in the DRC.

She has been a Mining and Quarrying Agent in the DRC since 2003 and therefore has 18 years of practice in Congolese Mining Law.

With EMW&A, SCP, she advised and assisted the government of the DRC in the reforms of the legal, fiscal, customs and exchange rate frameworks of the mining sector in collaboration with international consultants, between 2001 and 2003, which led to the promulgation of the Mining Code (2002), the Mining Regulations (2003) and the decrees on the statutes, organisation and operation of the Mining Cadastre and the Mining and Quarrying Rights Validation Commission.

Esther-Rose Lufuta Biduaya has carried out numerous comparative studies on behalf of mining companies that concluded mining conventions with the Congolese State under the old mining law, between the fiscal and customs advantages of the new mining code and those of the mining conventions.

She has assisted various clients, natural or legal persons, in obtaining mining rights from the Mining Registry and in managing them to maintain their validity. She assists her clients in complying with the administrative and environmental obligations, etc. related to mining and quarrying rights. She has advised and assisted her clients in litigation, both before the administrative authorities and before the courts and/or arbitration bodies.

She advised, assisted and represented her clients in the negotiations for the signature of Production Sharing Contracts, in obtaining various authorisations in the hydrocarbon sector.

She has advised and assisted several clients in the settlement of tax or parafiscal disputes with the DGI and DGRAD as well as with various public administrations.

She has advised and assisted various clients in obtaining (i) approvals from the Central Bank of Congo and/or the Insurance Regulatory and Control Authority, (ii) telecommunications licences, (iii) land, agricultural and forestry concessions from the relevant authorities, (iv) approval under the Investment Code or the collaboration and/or cooperation agreement regime.

She has advised, assisted and represented her clients in various disputes before national and international courts and arbitration bodies.

She has issued legal opinions for the benefit of her clients, which have resolved a number of Business Law issues and published studies in the areas of Business Law.

Esther-Rose Lufuta Biduaya is a co-founding partner of ELITE LAW FIRM, a professional civil company of Lawyers and Mining and Quarrying Agents under Congolese Law, with its main office in Kinshasa, the capital and seat of the institutions of the Central Government of the DRC, as well as secondary offices in Lubumbashi, in the province of Haut-Katanga, and in Kolwezi, in the province of Lualaba. 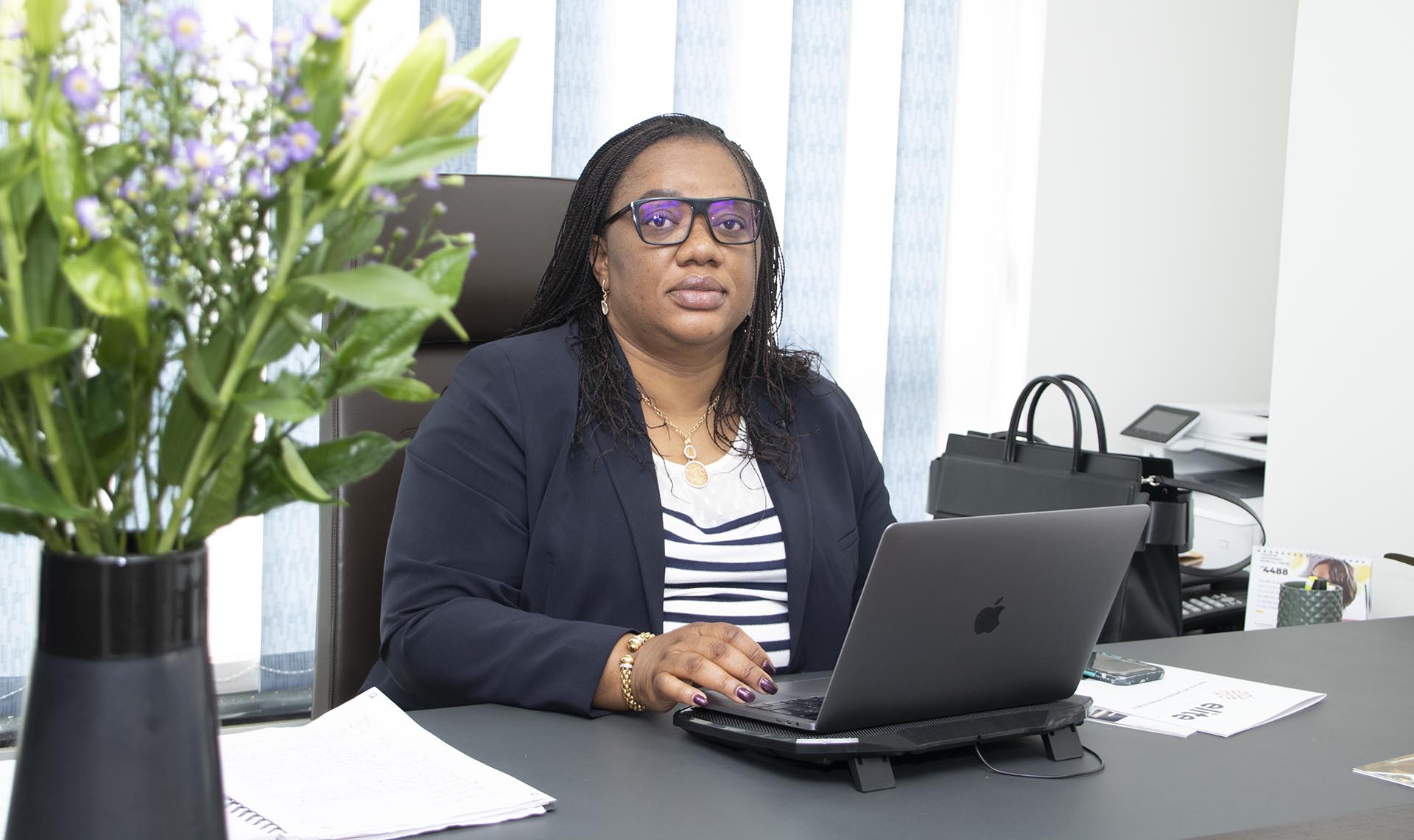 Esther-Rose LUFUTA BIDUAYA has been admitted to the Bar of the Court of Appeal of Kinshasa/Gombe since 2002, she is a registered mines and quarries agent since 2003 and an intellectual property agent since 2011.

In her professional practice of more than 10 years, LUFUTA BIDUAYA advises, assists and represents national, international, public and private clients in projects related to the natural resources, banks, insurance and investments sectors as well as trading and industries.

She is highly valued by clients for her expertise, dedication and tenacity in negotiating and settling very complex and sensitive legal issues affecting their investment projects. She leads with dedication matters related to due diligence for the acquisition and funding of investments and development projects. She closely monitors the advancement of legislation and environmental regulations in the extractive industries.

She advises, assists and represents clients before the courts and tribunals in civil, commercial labor matters as well as in administrative disputes before the Council of the State as well as in the claim for damages and court referral before the Supreme Court of Appeal. She exercises cassation before the Common Court of Justice and Arbitration (CCJA) of the Organization for the Harmonization of Business Law in Africa (OHADA) in matters pertaining to the unique acts and regulations of the OHADA.

LUFUTA BIDUAYA holds a bachelor’s degree in Private and Legal Law from the University of Kinshasa. She has authored numerous scientific articles published online.