Mr OTSHUDIEMA BENGU Emmanuel is a Lawyer at the Court of Appeal of Kinshasa/Matete 2009 and an Industrial Property Attorney. He is registered with the Bar Association of the Democratic Republic of Congo. He has nearly twelve (12) years of experience in the practice of law in general and particularly in business law in the DRC, with a particular focus on Industrial Property Law, Company Law, General Commercial Law, Land and Real Estate Law, Labour Law, Mining Law, Telecommunication Law, Legal Evaluation of Projects and in the Practice of Litigation.

He is a member of the Union Internationale des Avocats (“UIA”) since 2018 and participates, in this capacity, in several conferences organised by the UIA in the field of business law.

In his practice of law, in particular Corporate Law, Labour Law and Social Security Law, He is regularly involved in the various works organised by the World Bank Group “Doing Business” programme, which end in the elaboration of reports, including those of 2017, 2018 and 2019, as well as in several works of the Extractive Industries Transparency Initiative (EITI), in particular in the definition of the concept of “Real Property”, etc.;

In 2008, Mr OTSHUDIEMA BENGU Emmanuel already joined the team of jurisconsults created by the law firm “Emery Mukendi Wafwana & Associates, SCP” (“EMW&A, SCP”), with offices in Kinshasa, Lubumbashi and Matadi in the DRC; following his being sworn in in March 2009, he officially joined the team of lawyers of EMW&A, SCP;

As every lawyer, Mr OTSHUDIEMA BENGU Emmanuel has an experience, based on his practice of law as a lawyer to date, in the Representation and Assistance of persons before the courts and public administration.

In the practice of Business Law, Mr OTSHUDIEMA BENGU Emmanuel has advised and assisted several clients, both natural and legal persons, in the incorporation of firms and companies, in the drafting of company documents (Articles of Association, minutes of General Meetings, etc.), in the practice of due diligence on the validity and regularity of the incorporation of companies, Drafting and assisting in the conclusion of standard contracts, drafting of Articles of Association, company regulations and formalities for the constitution of companies and other company documents, as well as auditing and conformity studies of commercial company documents and their alignment.

In addition to labour litigation, Mr OTSHUDIEMA BENGU Emmanuel has assisted several clients or companies in the drafting of employment contracts, agreements definitively ending labour conflicts, in the accomplishment of other regularisation formalities with regard to the laws and regulations in force in the Democratic Republic of Congo in the field of labour, he has also advised and assisted several entities in their support procedures in cases of mass dismissal, in the drafting of company rules and internal regulations.

Working in a law firm with expertise in mining law, Mr OTSHUDIEMA BENGU Emmanuel has taken part in several works in the mining field by advising and legally assisting some of the firm’s clients in the conclusion of contracts for the total or partial transfer of mining rights, by participating in the teams drafting legal opinions on some mining law issues, in particular on the conformity and legality of transfer contracts, the validity of mining rights, etc.

, advice and assistance in regularising civil status documents, participation in the evaluation of the implementation of agreements signed between the Congolese government and the group of Chinese companies on mining and national infrastructure projects.

As an industrial property attorney, Mr OTSHUDIEMA BENGU Emmanuel has represented and assisted several clients locally and internationally in the registration of industrial trademarks, patents, logos, he has assisted other clients in the renewal procedures of trademark registration certificates, he has organised on the basis of mandates the transfer of trademarks, not to mention his multiple assistances in the market which led to the franchising of certain trademarks.

In a somewhat referenced manner, Mr OTSHUDIEMA BENGU Emmanuel actively participated alongside the Congolese government in drafting the decree modifying and completing the decree creating the coordination and monitoring bar of the Sino-Congolese Programme “BCPSC”, in the drafting of the preliminary draft law n°14/005 of 11 February 2014 on the tax, customs, parafiscal, non-tax and foreign exchange regime applicable to collaboration agreements and cooperation projects, in the due-diligence work on the validity and conformity of mining rights and permanent quarrying authorisations for investments and donors interested in mining projects, leading to large-scale investments, in the work and negotiations of projects such as the BUSANGA hydroelectric dam construction project, in the negotiation work with the Congolese authorities, in the drafting of contracts and other acts in the management of the hydraulic and hydroelectric resources project, in particular the SICOMINES project.

Mr OTSHUDIEMA BENGU Emmanuel is currently a lawyer with ELITE LAW FIRM, professional civil company, a firm of lawyers, mining and quarrying agents and industrial property agents under Congolese law, with its main office in Kinshasa and secondary offices in Lubumbashi, in the province of Haut-Katanga, and in Kolwezi, in the province of Lualaba. 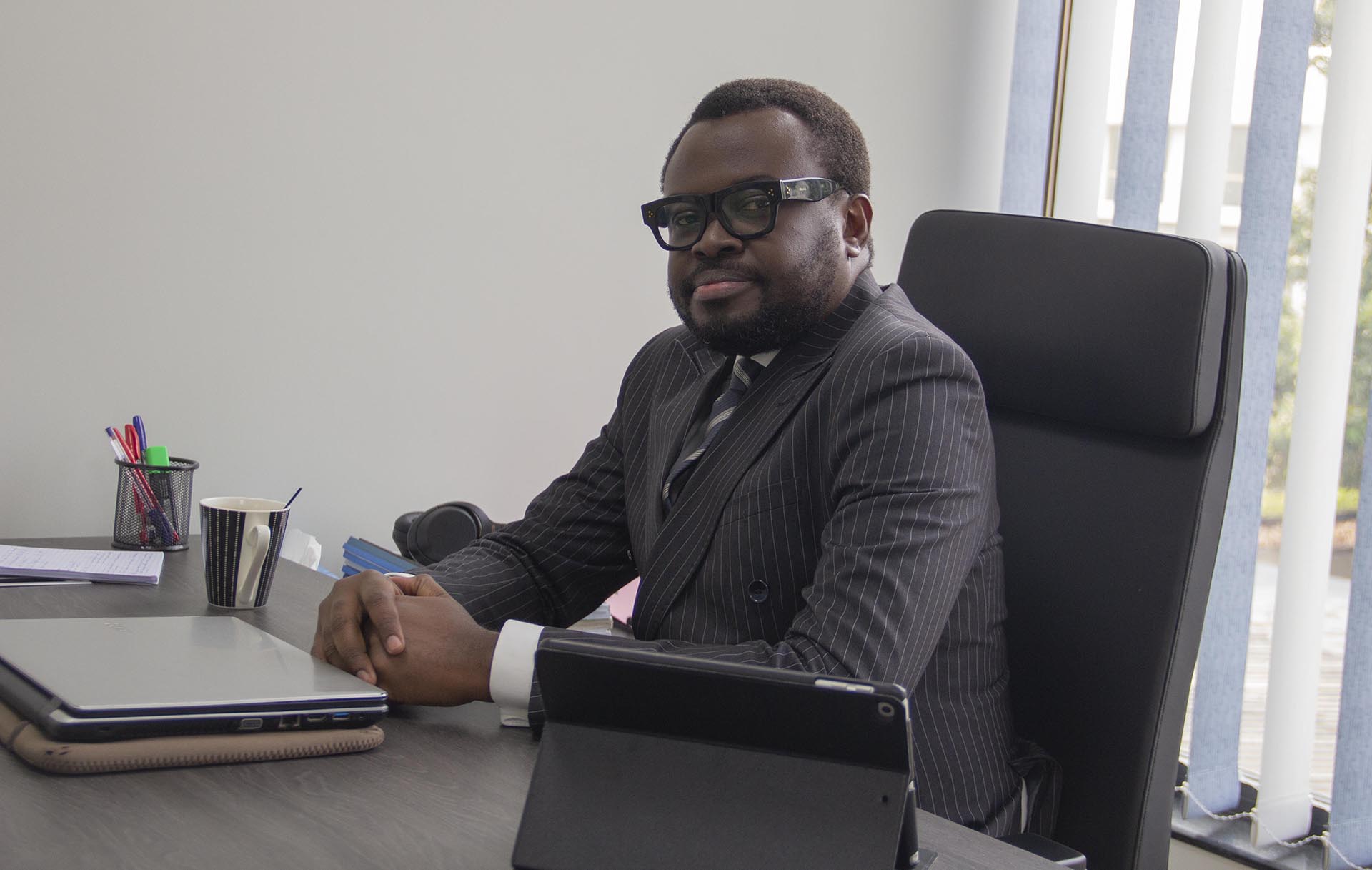