Mr Edmond Cibamba Diata has been a lawyer at the Court of Appeal of Kinshasa/Matete since 2001, after having worked as a Legal Defender since 1994. He has 27 years of experience in the practice of Law in the DRC;

He has been a mining and quarrying Agent in the DRC since 2003 and therefore has 18 years of experience in Congolese Mining Law;

He has been a lecturer at the Faculty of Law of the Université Libre de Kinshasa since 2003 and lectures on Tax Law and Mining Law;

He has been a legal consultant in South Africa since 2010 where he assists investors with interests or wishing to invest in the DRC, to accompany them in all legal security;

He is listed as an arbitrator with the Common Court of Justice and Arbitration (CCJA) since 2015 and is very active in the resolution of business disputes in both jurisdictional and arbitral proceedings. In this capacity, he represents and assists clients before the courts of the DRC and before the CCJA, both in arbitration and in cassation and before other international arbitration bodies such as the International Court of Arbitration.

Mr Edmond Cibamba Diata was a member of the Law Firm of Lawyers and Mining and Quarrying Agents “Emery Mukendi Wafwana & Associates, SCP” (“EMW&A, SCP”) where he was a Director.

With EMW&A, SCP, He advised and assisted the government of the DRC in the reforms of the legal, fiscal, customs and foreign exchange frameworks of the mining sector in collaboration with international consultants, between 2001 and 2003, which led to the promulgation of the Mining Code (2002), the Mining Regulations (2003) and the decrees on the statutes, organisation and operation of the Mining Cadastre and the Mining and Quarrying Rights Validation Commission;

Mr Edmond Cibamba Diata has carried out numerous comparative studies for the benefit of mining companies having concluded mining conventions with the Congolese State under the old Mining Law, between the fiscal and customs advantages of the new Mining Code and those of the mining conventions. He has assisted mining companies in obtaining mining rights from the Mining Registry and in managing these rights in relation to the various related mining obligations. He has advised and assisted several firms in the settlement of tax or parafiscal disputes with the DGI and DGRAD as well as those with various public administrations;

He has issued numerous legal opinions for the benefit of his clients resolving many Business Law issues and published several studies in the fields of Business Law, Commercial Law, and Mining Taxation.

Mr Edmond Cibamba Diata is a co-founding partner of ELITE LAW FIRM, a professional civil company, a Law Firm of Mining and Quarrying Agents under Congolese law, with its main office in Kinshasa and two secondary offices, in Lubumbashi and Kolwezi. 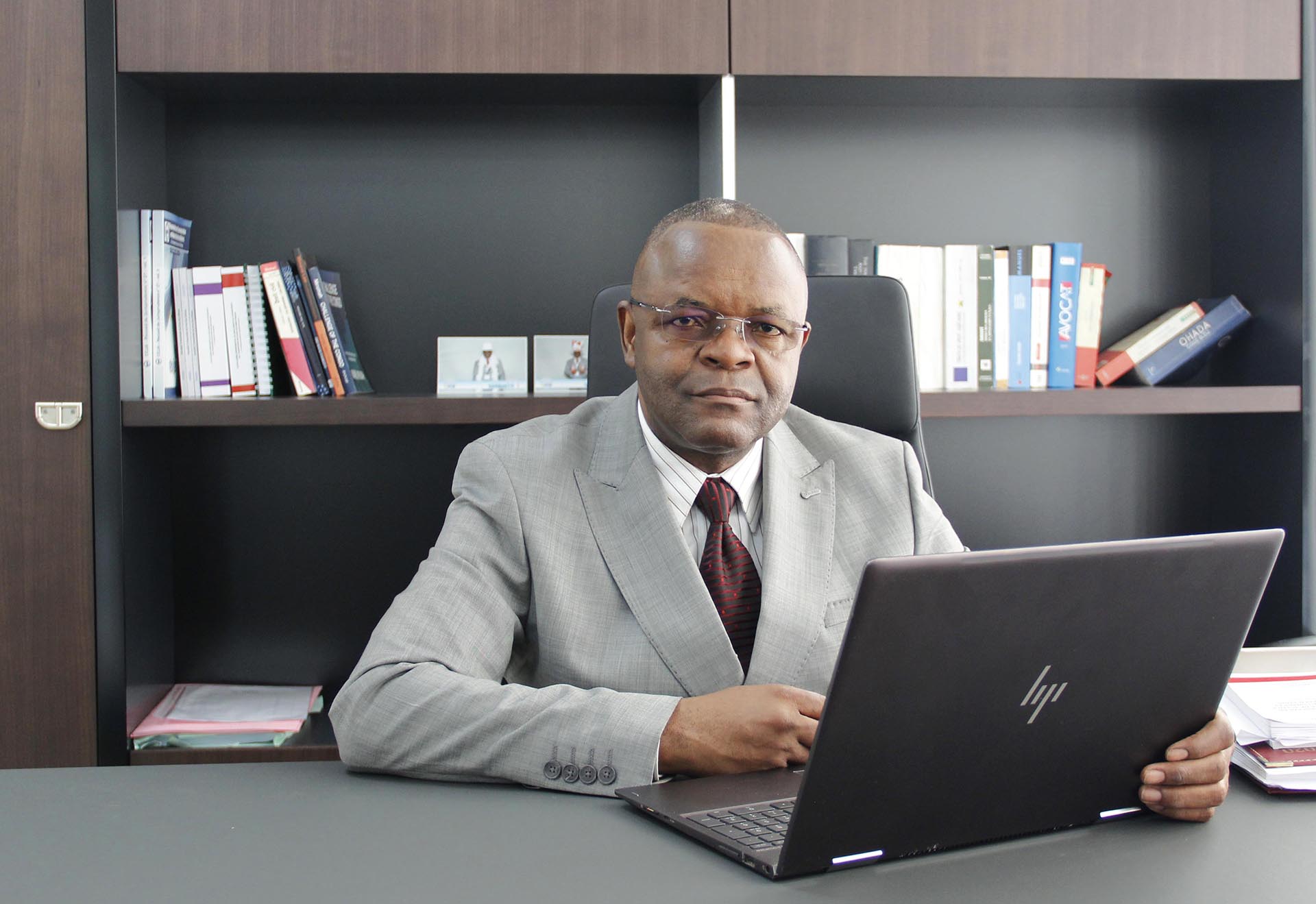 Edmond CIBAMBA DIATA is lawyer at the Bar of the Court of Appeal of Kinshasa/Matete since 2001, after having worked as an advocate at the judicial court of Kinshasa since 1994, Edmond CIBAMBA Maria DIATA is a registered mines and quarries agent approved by the Ministry of Mines since 2003. He also works as the head of department at the Free University of Kinshasa, in charge of tax law and mining law courses.

With valued experience and expertise of more than 20 years of professional practice, he advises and represents clients in the areas of law dealing with natural resources, banks, insurance, investments as well as trade and industry. He conducts diligently due diligence for the acquisition and financing of investments and development projects.

He is active in litigation and arbitration proceedings. In this respect, he represents and assists clients before the courts and tribunals of the Democratic Republic of Congo and before the Common Court of Justice and Arbitration (CCJA), of the Organization for the Harmonization of Business Law in Africa (OHADA). He has also represented and assisted clients before the Paris International Trade Centre (ITC).

Besides, he has led several studies on the assessment of tax, customs and Exchange regimes in the areas of natural resources and infrastructure. He has had the privilege to advise and assist clients in tax and customs disputes and those relating to the Exchange regulation.

CIBAMBA has a bachelor’s degree in economic and social law from the Free University of Kinshasa. He also graduated in development economics from the same university and has a special diploma as a technician of insurance. He holds several certificates and various titles for training courses in the OHADA law. He is the author of several scientific studies. He speaks and works in French and English.